Will Trump Quit to Launch MTVG 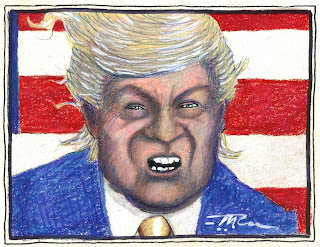 Maybe Trump will quit. After all, wouldn't he be happier making his own schedule, again? Just doing what pleases him all day? No cabinet meetings with little pissants like that traitor, Sessions?

Or was it Kellyanne?

Instead, what if he could host a couple of daily, live talk-shows? Isn't that what he was really born to do? Wasn't Johnny Carson more important than most presidents?

Rather than having to do the president's dreary job, how about if could dole out a morning show and an evening show -- for his fans to lap up -- every day? Or at least every damn day he feels like it. Some days he'd have guests, other days not.  Basically, the format would be totally elastic.

Of course, Trump would have a sidekick/stooge, like Ed McMahon, who'd laugh on command and smoothly shrug off all manner of humiliation from the host. There would also be three or four scantily-clad, young and large-breasted women on hand, serving as decorative go-go dancers who also laugh on command, etc. The stooge and the go-gos would do the show on days Trump chooses to play golf, or whatever.

Every so often, Trump would fire and replace the sidekick or a go-go, to freshen up the picture. Rather than pay his guests, Trump will charge them handsome fees to appear, because the massive exposure -- never anything like it, before! -- will help them to no end, to promote their schemes.

To liven things up, sometimes the host will have the go-gos roughly escort a disrespectful guest off the set. If necessary, Trump's personal body guards will help out.

Home base would be at Trump Tower and he would broadcast the show from that Manhattan set frequently, or when he so chooses. But a full-blown portable set could have him traveling to other Trump properties, to broadcast on location. Plus, Trump would also take the program on the road to anybody's location for a broadcast, as long as they pay him royally.

The Trump talk shows would run on the Make TV Great cable television network – MTVG – owned by Trump and his well-heeled partners. No names.

When Trump's not on the air with his signature program the network could fill up the rest of the time by running straight-to-video action movies, classic professional wrestling videos from yesteryear, and Christian programming.

And here's what may turn out to be the best part -- at the drop of a hat, Trump could always scoop up the whole talk show shebang and fly it off to a friendly country, meaning one that won't extradite him back to the USA.

Dear reader, if the Republicans lose both houses of Congress in the nationwide elections coming up in November, maybe Trump will think a lot about quitting, so he can get to work building a new unregulated empire. Just think of how many MTVG baseball caps and golf balls he can sell. Then there could be MTVG wine and maybe MTVG steaks...

Will Trump quit the White House to launch MTVG?

As our squatting president likes to say, "We'll see." 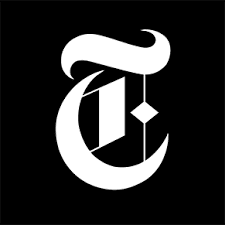 Well, here we are, going too fast down the road to hell, hoping desperately we haven't passed the last off-ramp. It's still hard to tell what effect the publication of the much-discussed New York Times OpEd, with Anonymous on the byline, is going to have on our trip.
It's noteworthy that its release prompted instant reactions, from both the left and the right, calling the writer a “coward.” Yet, the more I hear people branding the author of the OpEd as a coward the more I wonder what else is still hidden. Righteous indignation aside, was the OpEd a one-off? What's the next move in the game for Anonymous?

Meanwhile, this new twist is reminding me of a big difference between two of the most important whistle-blowers of the early-'70s:

1. Daniel Ellsberg of Pentagon Papers fame. 2. Mark Felt, who, as a whistle-blower was known publicly for many years as “Deep Throat” -- was the man who secretly coached Bob Woodward about Watergate skulduggery.

Ellsberg stood behind his revelations; he bravely faced the music. That, while Felt seems to have been a man who was acting on a grudge; he stayed in the shadows. His identity was revealed decades after his dropped dimes. Still, regardless of Felt's motives, by facilitating the downfall of Richard Nixon, he surely did the nation a service.

Then, to be fair, Felt was surely more than a coward. Nonetheless, those observations about whistle-blowers are being made with plenty of retrospect.

So, I'm going to wait to label this new whistle-blower. While I can certainly understand why many people would like to have seen the OpEd writer(s) put his/her/their name(s) on the byline, I'm not going to jump to the conclusion that today I know all the reasons why that choice was made.

For one thing, I'm pretty sure the OpEd has gotten much more attention from the get-go, because of the mystery and the speculation about who wrote it. What all it will prompt Trump or others in the White House to do isn't known, yet. And, when the identity of the writer(s) becomes known, what else might that trigger? The other shoe may turn out to be a lollapalooza.

After all, this OpEd was probably planned for several days, if not weeks, or even months. Here's a brief excerpt of what the anonymous author left us to think about:

The root of the problem is the president’s amorality. Anyone who works with him knows he is not moored to any discernible first principles that guide his decision making.


Maybe this OpEd bombshell was penned by a coward (as Charlie Pierce writes in Esquire), but let's not rush to judgment. Why leap to shout "coward," before we look?

Anyway, "amorality" is a apt word that should have been associated with the self-absorbed squatting president, all along. I'm glad to see it happening now.
Posted by F.T. Rea at 2:40 PM No comments: Links to this post