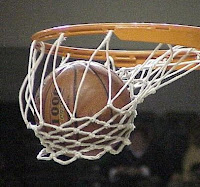 Today's projections from CBS Sports for NCAA March Madness brackets have Saint Louis getting the A-10's automatic bid and VCU getting an at-large invitation (First Four). Remember, this is just some guy's (Jerry Palm) predictions.

Five teams the Rams have already faced are also on the list of 68. They are Temple, St. John's, Hofstra, Texas and Virginia. Yes, it helps that the Rams beat three of them. Smart VCU fans should hope that entire group does well from here on.

Meanwhile, Saint Louis is the only team VCU still stands to play (Feb. 26 at the Siegel Center) that is on today's list of likely invitees. With so many games left to play, obviously these projections will probably change, maybe a lot, over the next six weeks.

So, for the most part, all this means to Rams fans is that VCU's body of work is getting noticed. My take on this is that at 13-5 the Rams have now shrugged off the mediocre seventh-in-the-A-10, prediction (from the A-10 media) they started the 2018/19 season out saddled with. Perhaps they were underestimated? Or are they maybe overachieving?

A fair-minded observer would have to say the Democratic Party picked up some momentum from the 2018 elections. What should Democrats do within their own ranks to best use that momentum?

Should they expand the party by welcoming a variety of opinions and encouraging people to express themselves? Or should Democrats circle the wagons, refine their message to a couple of good catch-phrases and then insist upon messaging loyalty from the top on down the line?

Democrats who want more than anything else to win the next presidential election need to think it over and discuss it. Soon the leaders of the party should be deciding between policies designed to start reshaping the party in just one of two directions:


1. Expand the party by taking in more people, all around its current periphery. Campaign in every district and encourage all anti-Trumpists to hop on the bandwagon.

2. Force the party to be more uniformly "progressive" by moving to the left on as many issues as feasible. Campaign for big turnouts in targeted states.

It says here you can't really do both, simultaneously. At least not convincingly.

Here's what planners have to ask themselves: Does moving significantly to the left energize more voters than it turns off? Does going hard left recruit enough new voters to outnumber the old voters it leaves behind?

On Nov. 6, 2018, I was delighted to see Rep. Alexandria Ocasio-Cortez win. Since then, watching her confound her detractors has been fun. Now I hope she and other socialist-leaning liberals will be successful in convincing lots of other Democrats to move the party to the left on a number of issues.

Likewise, I hope state legislatures become more liberal. Remember, in Virginia both houses of the General Assembly are up for election on Nov. 5, 2019.

OK, I see the notion of purging so-called “moderates” or “Clintonistas,” from the Democratic Party, as a mistake. Punishing well-meaning people because they won't change fast enough is frequently a mistake.

Meanwhile, some "progressives" have been adamantly defending the sort of rough language they used to complain about Trump using. To them, saying "fuck," on the record -- as have Rep. Rashida Tlaib and Beto O'Rourke recently – should nowadays be heard as evidence of one's "passion."

Hey, I'm not the word police, but on this matter I have to call out hypocrisy. Which doesn't help when you're trying to appear to be more credible than your opponents.

For what it's worth, I think the 2020 presidential election will be much more about truth and trustworthiness than it will be about ideology. Therefore, on election day 2020, I think a lot more voters will go for a presidential candidate they believe is most trustworthy. That instead of the one who promises to satisfy their wish list.

Maybe I'm wrong. I hope not.

Summing up, I think Democrats should let their members and representatives follow their ideological hearts and speak honestly about their thinking. If that means there is no one "national message" for the whole party, then fine. They can disagree about some issues, as long as they all agree that honesty in all things and adherence to the rule of law are valued above all else.

Bottom line: In 2020 a righteous agenda will be served by sending a trustworthy Democrat, who listens to advice from wise heads, to the White House to clean up Trump's mess.

by F.T. Rea
This installment of Five Film Favorites offers a special challenge. It touches on two industries I've poured years of my time and toil into – the movie business and periodical publishing. It's also challenging, because, from what I can tell, after the field is properly narrowed with some rules, the remaining list of outstanding flicks about newspapering isn't as long as one might expect.

Then again, this list is isn't about declaring what I think are probably the five greatest films in the category. Instead, it's about favorite films. My favorites, today. Next week the list could change.

About those rules for this column: “Citizen Kane” (1941) isn't on my list this time. Here's why: Rather than focusing on Charles Foster Kane, the publisher or editor, etc., it's really more about Kane, the vain empire-builder who must dominate all he surveys. That and the lonely Kane, who has a fetish for collecting objects. Although it has been one of my all-time favorite films since forever this time around it doesn't make the cut. Rules.

“The Parallax View” (1974) is well worth watching again. Nonetheless, it's more a political thriller with a dauntless reporter for a protagonist. It's not a look at the people who put out a newspaper and how they do it. Accordingly, this means a ton of movies, good and bad, are being ruled out for this particular list since they rely too much on cliché-ridden variations of the independent-minded reporter being a fist-fighting, tough-guy detective.

So, in addition to being about films with interesting stories to tell about good characters, this list is about appreciating what it takes to assemble the staff, gather the news properly, write and edit the copy on deadline, design the pages, sell the ads, run the presses and circulate the newspaper. In alphabetical order, here are my five favorite films about newspapers:
By the way, another rule I usually apply to movies selected to be on Five Film Favorites lists is that I must have seen the picture more than once. It's a good rule. Accordingly, I just watched “Spotlight” again recently, so I could include it. It's a well-crafted film.


These five movies do a good job of presenting pictures of inky newspaper people, on the job, publishing – always on deadline! – what Washington Post publisher Phil Graham liked to call,“the first rough draft of history.” 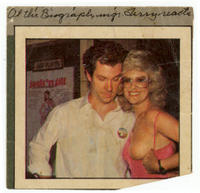 Working in show business can be tough duty. Ask anybody who knows. It’s not all fun and games.

So I was fetched from my sanctuary office to talk with Annie Sprinkle and another woman (the one in the photo) who claimed she was from Richmond (Hermitage High). Sometimes, the X-rated touring performers from the live shows at the Lee Art Theater in the next block of Grace Street stopped by, so I figured that was the deal.

Like, maybe they were film buffs who wanted free passes? They had a limo parked in front of the theater. Their driver was a dwarf. No joke.

After what sounded to me like a lot of cocaine-driven nonsense about a glossy magazine spread, and how they'd been to other local landmarks, Annie asked me to pose in front of the theater with the other lady. Those were simpler times. Why not?

As Annie told me to stand a little closer, what’s-her-name? -- I think it might have been Honey -- gave me a hug and flashed what I immediately believed to be her left breast. Annie took the picture. My reaction (as seen in the photo) was genuine. Spontaneous. The duo had what they wanted, so they giggled and piled back into the limo.

My co-workers couldn't stop laughing, as they had seen the whole thing through the cinemascopic front windows. Later the silly picture showed up in Partner, a forgettable soft-core rag. (Roy Scherer was kind enough to bring me a copy. He couldn't stop chuckling.) The magazine feature displayed other shots of "Honey" in flash modes in front of various familiar local landmarks.

By the way, the button I'm wearing in the photo that Annie snapped displayed a Spanish Mr. Natural. It was a gift. And, that was that.

To change the subject, the next year (1981) Grace Street was changed from a west-only one-way street to two-way. The change was probably toughest on the area's winos, but it wasn't easy on anybody.

That neighborhood hasn't been the same since. And, good night Mrs. Calabash, wherever you are..."