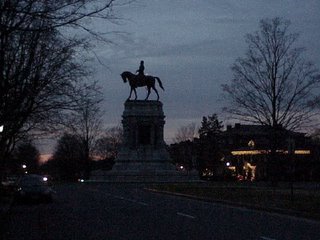 Fan Tacky Walk to Happy Hour, No. 1
Since everybody in the publishing game in Richmond recycles their Tacky Lights Tour articles each holiday season, here's a flashback to a four-year-old SLANTblog post. It still works. Bogart's has moved. The rest of it works for any year.

DEC. 17, 2005: Writing for the Richmond Times-Dispatch in 1996 Bill McKelway offered readers a brief history of a seasonal tradition in Richmond since 1986, when the Tacky Lights Tour was launched by its creator, Barry "Mad Dog" Gottlieb.

The tour of way lit up houses still goes on, although Gottlieb moved to San Francisco nine years ago. This year a group of local bicycle enthusiasts in the Fan District did their own lights tour, a knockoff of a more urban persuasion than the original, which usually focuses on the efforts of crazed suburbanites determined to outdo one another in pure wattage.

Back in 1989, or maybe it was 1990, yours truly was one of four, maybe five judges, for Mad Dog's annual stunt. We rode around in a limousine drinking beer, looking at houses made up to resemble amusement parks, or perhaps houses of ill fame in a Fellini film. I remember the all-blue-lights house that McKelway mentioned in his piece (which is a good read).

It was by far the smallest house on the list. To me it was a little creepy, too, so I stayed in the limo while the others went in.

Barry greatly enjoyed meeting the people, getting their stories and so forth. Some he already knew because he saw them every year, others were new. At the end of the tour we judges voted and may have gone to a bar.

After that same night, I came to see that stretch limos were just not for me. Although I enjoyed my chance to judge tackiness, I’m happy to report I haven’t been in one since then.

The photo essay that follows is my effort to get in the Christmas spirit. It is made up of a series of stills I shot in the twilight today, on my way to happy hour at the Baja Bean. Ho! Ho! Ho! It's a SLANT exclusive -- The Fan Tacky Walk to Happy Hour 2005: 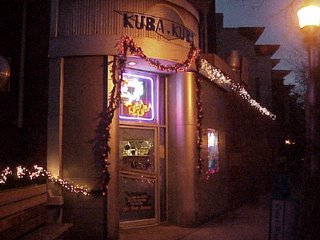 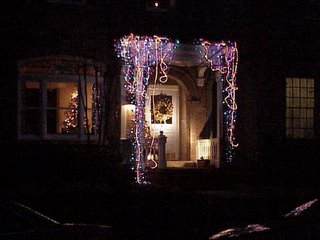 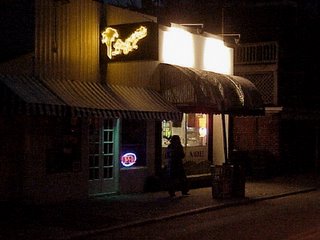 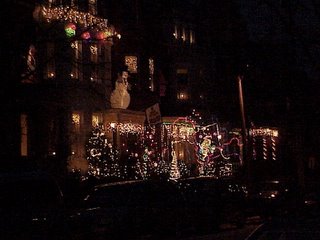 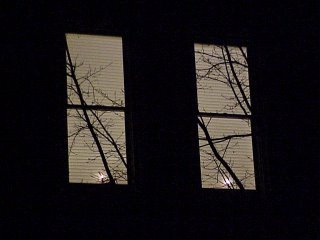 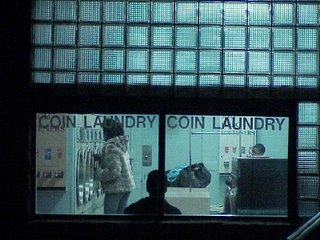 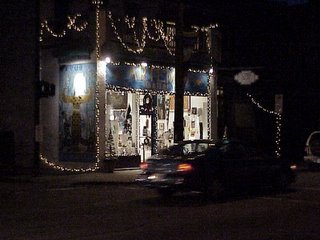 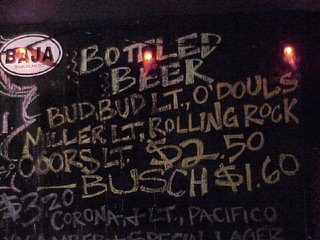 Great to see the Fan Tour photos. If you're lucky, you can make it to Kuba Kuba to see Manny lit up too.

Keep Putting the 'X' Back in Xmas!